Project Cloak was my first serious game created in Unity. It is the first part of my bachelor thesis project. The second part was the creation of similar game in Unreal Engine. The thesis itself was about comparing these two engines. The comparison was mostly general, but it was aimed mainly at beginners, i.e. at students that are new to the engines. The thesis is available here (large file size - 47MB). For gameplay please check out the video above.

The game is a twin-stick shooter inspired by Diablo and Dead Nation. It was created in around 3 months. Since it was created in Unity, the language used was C# for the whole project. The game features many RPG elements such as a quest system that supports main quest line with optional quests. Furthermore, there is an inventory system for weapons and potions. The weapons differ in many attributes including fire rate, damage, reload time, magazine size and even the number of pellets and their spread for shotguns. 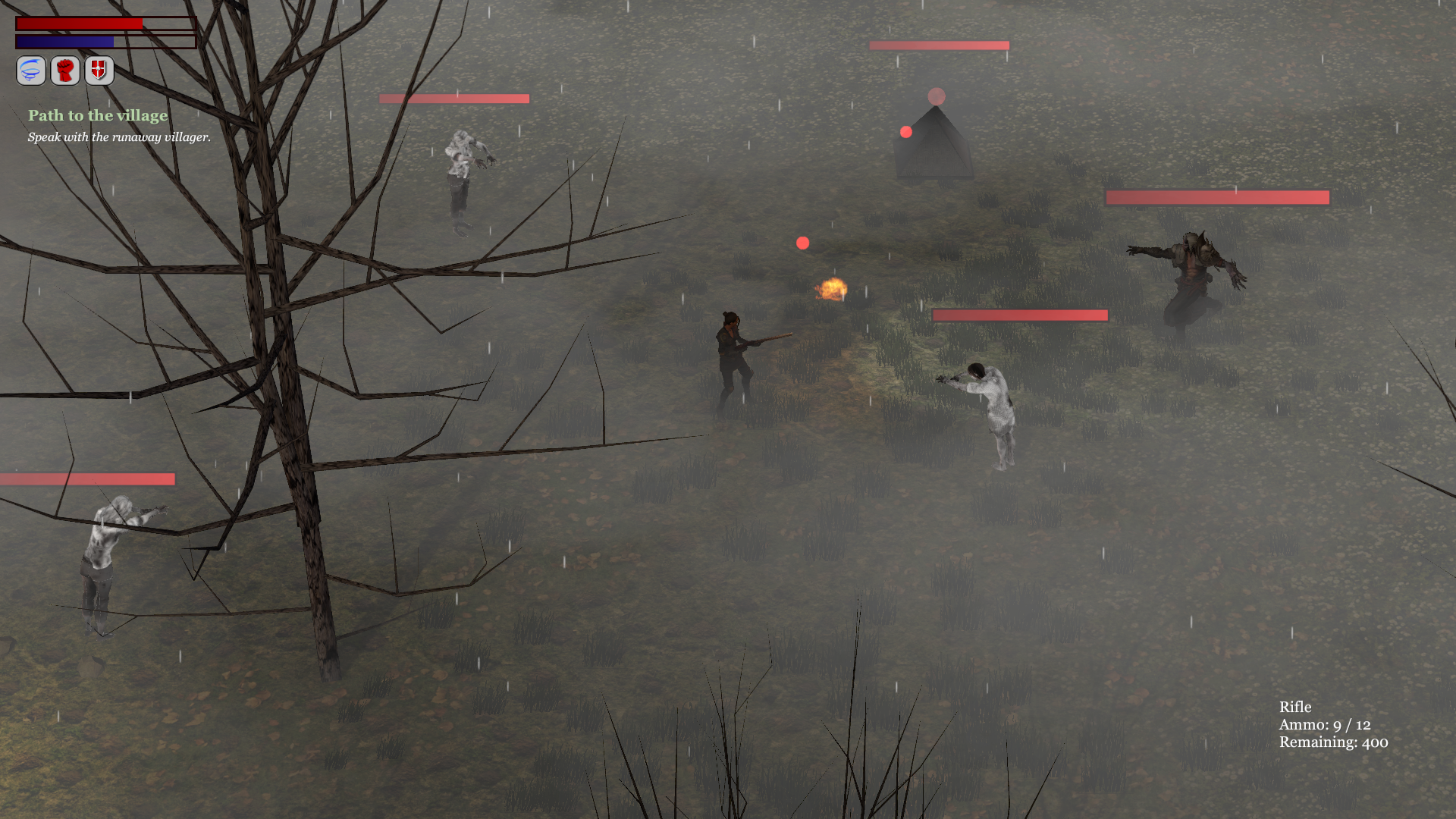 The game takes place in a fantasy setting where a curse befell a small village. You take the role of a bounty huntress whose only goal is to destroy the source of evil. The game features three unique areas. The Path of Serenity (starting area), the village of Willow Hill and the Shadow Realm where you face the final boss, the Shadow Guardian. 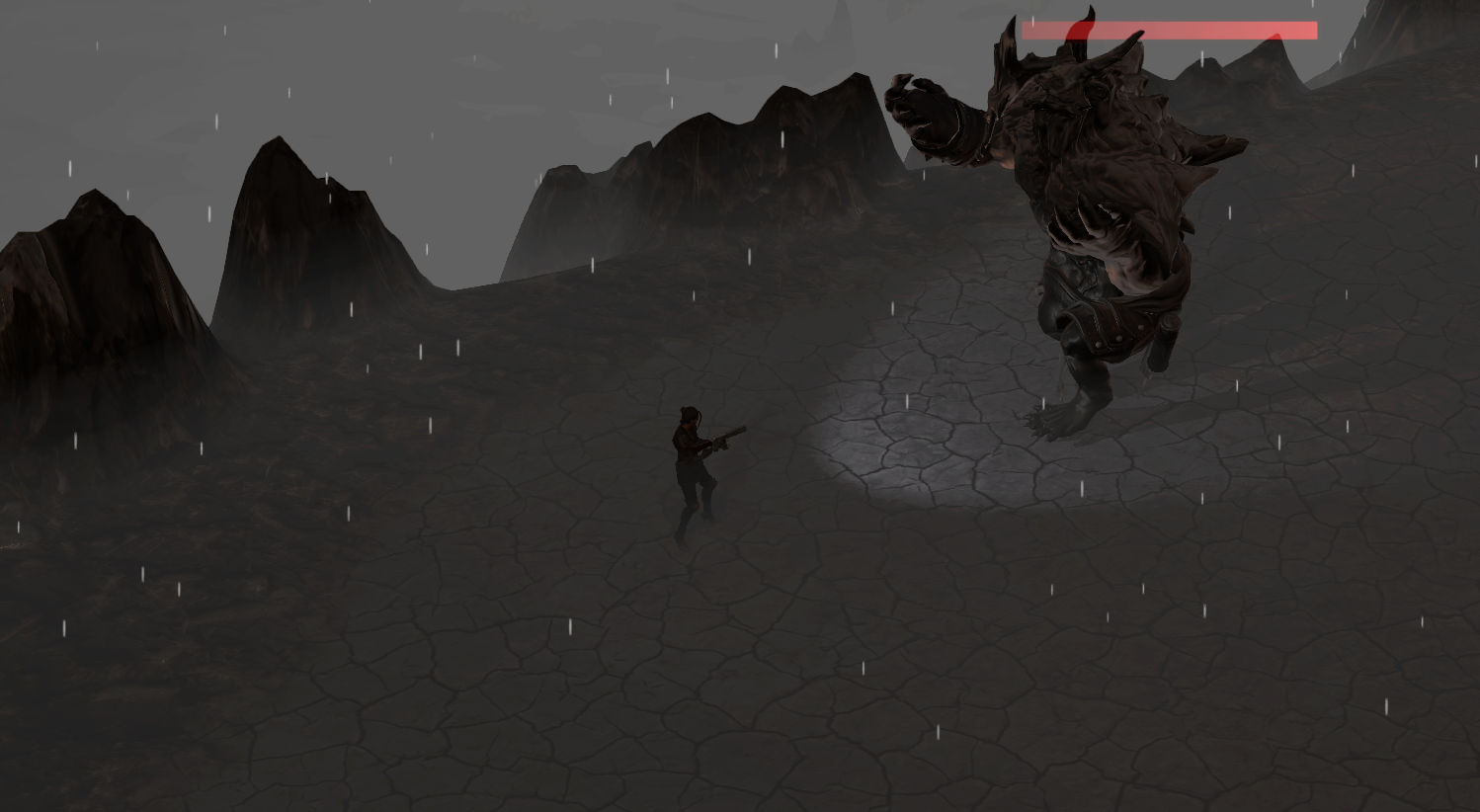 The Shadow Guardian is a clever opponent that utilizes multiple skills to defeat you. He can jump across the arena and bash the ground which is an area effect attack. This skill is mainly used when the player runs far away from the boss. Then he can summon weak enemies that provide the player with possibility to replenish their health and ammo. He can shoot energy orbs that damage the player greatly. Finally, he can summon a clone of himself that has all these abilities. So you can imagine that the final battle gets quite hectic.